You Have So Much More Time Than You Realize 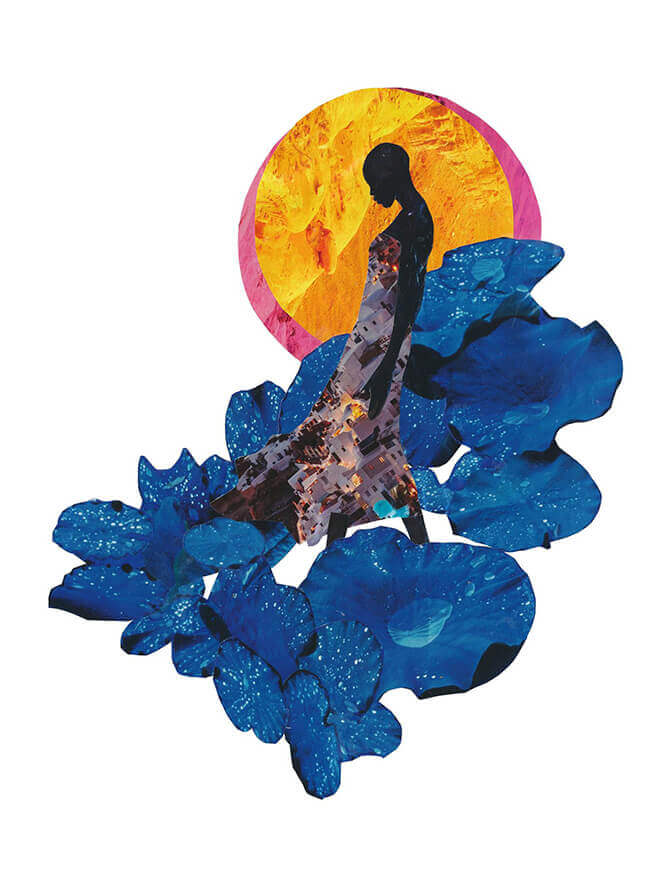 We live in a culture that believes in diminishing returns. Everything, it is said, depreciates. When I’m caught up in this hysteria, I try to remember examples that contradict this belief. Fine wines, beloved talismans, inherited furniture, and friendships whose years of association add immeasurably to their value. There are many people around us, too, whose lives and careers show the possible richness of the passage of time. There is Isabel Allende who found true love at the age of 46. There’s Toni Morrison who published her first novel at the age of 39, and won her first major award 18 years later. These examples are comforting to me. They whisper, don’t stress the passage of time. Just because you don’t have the bird in the hand now, doesn’t mean there aren’t two in the bush getting ready to fly right at you.

Variations on the theme of easing artistic anxiety seem to be congregating around me of late. And, because I am constantly talking about the artistic process, I am as much a mirror for this conversation as a magnet. I find comfort in the lives of other artists, artists like Jeanne Betancourt, a writer I met in Oaxaca two years ago when she came to visit her grandchild. Her grandchild was an ebullient two-year-old whose energy and explosive inquisitiveness sometimes exhausted her parents. Through my friendship with the two-year-old’s parents—a couple from New York in whose amazing villa-ish house I spent more than a few pleasurable afternoons—I got to know Jeanne. I would soak up her stories and encouragement from her writing career as I struggled with my novel.

Fast-forward to New York, 2008. Jeanne was hosting a birthday party for her granddaughter. When the swirl of children and candy and parents and cake had subsided, Jeanne sat next to me to ask about my life, specifically about my writing. I gave her my standard ambivalent response: “Oh, it’s wandering out there lost, without me.” Jeanne put her hand over mine, looked me deep in the eyes and said, “You have more time than you realize.”

I love how people can be so many things to so many people. Jeanne is mother to the couple I befriended in Oaxaca, grandmother to the little girl whose expressiveness and green-eyed, chunky-cheeked beauty I reveled in, and sage, experienced writer to me. Well-settled into her writing life, Jeanne is an older writer with more than one popular young adult series under her belt. She lives a wonderful life in a gorgeous apartment, shares a loving partnership with her mate, AND she paints too! I have no doubt that in the process of building this life, Jeanne learned a lot about time. Elder artists have an experiential awareness of time that we “younger” artists can only embrace on a conceptual level. The seasoning an artist undergoes as she completes a decade of artmaking, two decades of artmaking, three or more decades of artmaking is not quantifiable.

An interesting way to get an internal peek at the loping strides an artist may make over decades is at a retrospective. In the fall of 2007, the New York Museum of Modern Art (MoMA) launched a retrospective of sculptor Richard Serra’s work. The exhibition spanned forty years of artmaking. Before I went to the show, I had no idea who Richard Serra was. I was enticed to attend by images of his large-scale work that were plastered all over the subway. The images were of intriguingly humongous metal sculptures that easily engulfed all human beings photographed near them. I went to the Serra show to see something that would wow me. A retrospective, however, is not just about the wow. It is also about yesterday. It’s about an artist’s roots, his beginnings, her awkward attempts, and, yes, ultimately about how the wow was reached.

Richard Serra’s early work is minimalist, spare, and, well, underwhelming. It doesn’t have the air of finished art offered up for public consumption. Rather it feels like studies, gestures, experiments, a closed conversation between the artist and his materials. Clearly Serra had meditated deeply on how he wanted to manage his medium. He had bent leather, cut wood, manipulated metal to make shapes and forms that satisfied his eye. Yet he seemed to draw satisfaction, not from some external vision of what he wanted to present to the public eye, but from what the materials whispered to him in quiet, personal interactions. I imagine him, in those early years, finding raw material and cutting and molding until it reached a form that best expressed its essence.

With titles like “Belts,” “Doors,” “Remnant,” Serra’s early sculptures seem to reject the concept of consciously “saying” something, of creating an intellectual meta-meaning to explain his artistic impulses. In fact, the early works are so bare bones, so without flourish that I can only describe them as anti-discussion pieces. Not that there is nothing to consider about them, but they refuse to lend any fodder to any musings about meaning. They assert their belt-ness, door-ness, or remnant-ness without need or desire for comment from the viewer.

Around 1969–70, Serra started to experiment with ways to define space. The pieces included in the retrospective from this time period are, for the most part, a lot of metal squares placed in various geometric arrangements. All the way up to the ’80s, Serra seemed to be very intentionally playing with what particular placements of his metal squares could do to create and suggest openings and enclosures. In deciding what spaces would be boxed in and which would be left free, he was molding the air around his sculptures as much as he was handling solid materials. These pieces are, for the most part, waist high. They are objects to look at from the distance and consider. They can be walked around and even leaned over, but not entered.

Then in the ’90s something happened. The pieces grew to gargantuan proportions. Interaction with them no longer involved distance. You could no longer stand over a Richard Serra sculpture. The current form of the artist’s work towers over even the tallest human being. Their forms cut paths into space. They circle around themselves and their viewers, tilting dangerously. They are large enough to be entered and grand enough to limit the amount of sky exposed at any given time. They arch and sway to alter sound and make you question your sense of equilibrium.

I felt there was a stark difference between Serra’s contemporary works and those from the ’70s, but the friend who went to the show with me disagreed. He made me look at those gestures and studies that I found dry and internal and imagine them blown up to a massive scale. It is the same work, my museum buddy insisted, the same conversation amplified to a much larger scale.

The contemporary Serra sculptures are downright delightful. They are awe-inspiring. You look for the seams and wonder how he got such massive pieces of metal to bend that way. You walk through and find yourself lost in a maze of metal. You hear the distortion of other’s voices and wonder if they are near or far. You linger just beyond the bend where a wall tilts just to hear the people behind you lose their balance, hold their heads, and proclaim dizziness. And all this power and play and wonder grew from those plain unadorned gestures and studies of the preceding years, those bare bones sculptural forms that I categorized as just “okay.”

The instant we left the Serra show, I told my friend that Serra had just given me a valuable lesson. To see the leap Serra made—to know that he would not be altering space and time if he had not spent YEARS playing with waist-high metal squares—gave me valuable information about artistic process and progress. It showed me that your process and progress cannot be predicted. You don’t know where you are headed as an artist. You could produce work that you consider to be just okay for 12 years and then all of a sudden tap into a reservoir of genius. Or you could wander in circles, hinting at magic, and never break open the walls. The point is you don’t know. If you judge yourself on your journey and silence your studies and gestures and attempts, you may never find out.

So my writing is slumbering. So your music is snoring. So your sculpture is plodding. Yet and still, there is a tiny little seed within each sleeping writer and snoring musician and plodding artwork that—when left to sprout and root and grow—may one day become the tree of life. I take to heart Jeanne’s exhortation that I have more time than I realize. That my life and my art may unfold in ways that surprise and delight me. Another grandmother might put it another way. She might say: Baby, don’t trouble yourself, ’cuz every shut eye ain’t sleep and every goodbye ain’t gone!