Have You Been Seen? 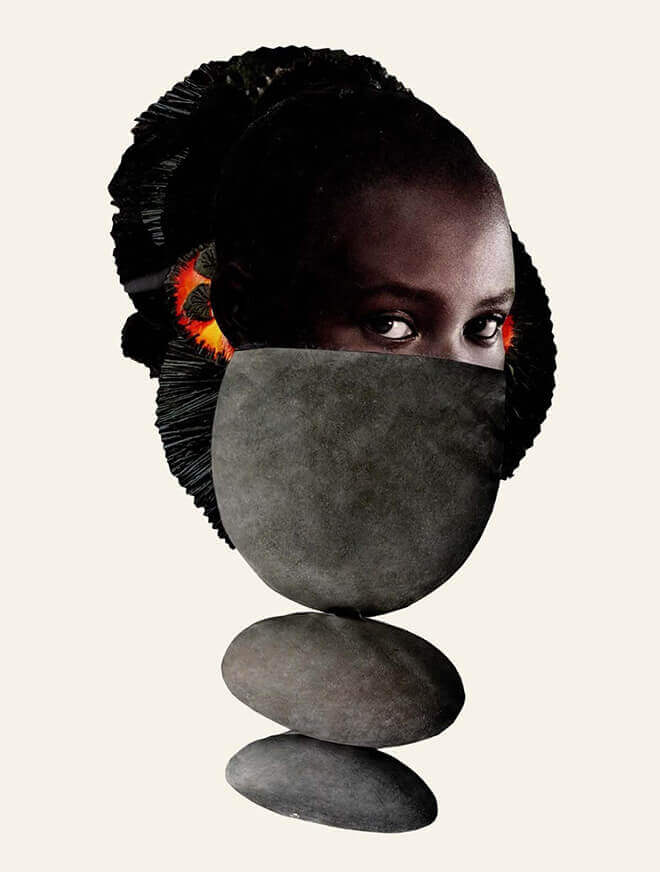 On a television show I was recently watching, there was a curvy girl trying out for a ballet summer program. She got cut almost immediately. Her ballet teacher gave her a wig and told her to go audition again under another name. She quickly got cut again. Her ballet teacher sent her in again under a third name. Someone who was watching the repeated interchange said, “This is madness. They saw her, and she got cut.” The ballet teacher said, “They didn’t see her. She’s going in to audition with all these skinny girls and they see that she has the biggest thighs and the biggest hips and they cut her. They aren’t actually seeing her. Eventually, she’ll go in with a group of girls and someone else will have big thighs, then they will see her.”

This statement blew my mind. How many times have we been rejected from an opportunity, not based on merit but on some external bias beyond our control? And how many times have we taken that judgment to be a ruling on our talent (or lack thereof) rather than a prejudice against our being. It happens when you go out for writing fellowships—who knows what others are writing and how your work screams its differentness (not necessarily as something less than) against the field of other writers? Who knows who is reviewing the work and what their personal opinions, biases, and preferences are?

The department head of an MFA program explained this to me when I wrote in asking about my rejection from that school’s MFA program. I thought it was something of a sure shot for me to get in. As it turns out, there were no sure shots. My first year of applying to MFA programs, I applied to two graduate schools and got rejected from both. The next year, I diversified my approach and applied to three MFA programs. This time, I was accepted to two and rejected by one. I wrote to the one that rejected me, and a professor explained that the people who select the students are the teachers. It doesn’t necessarily mean your work isn’t good if you are rejected. It could mean they don’t understand your work and, consequently, can’t see themselves mentoring you. It could mean you were too far left of the field of applicants—or too similar. When I thought about that, I realized my writing sample was quite outside the box, and wasn’t the most accessible piece of writing I could have offered. For my second round of applications, I read about the programs, seeking one that seemed relevant to me and my work. It was as if I needed to hand-select the schools I applied to based on whether or not their existing program aligned with my aesthetics and interests—in other words, whether or not it was a place where I could be seen.

Yet, no matter how strong our desire to be seen is, some of us struggle with the gaze of others. For the entire first half of my career, being seen was an intensely uncomfortable sensation. Additionally, the idea of sharing my work—my raw, unpolished, initial drafts—was excruciating. I wouldn’t dare show the raggedness of my initial thoughts to anyone. I remember 11 years ago when a magazine editor asked me to write an article on a specific topic. I told her I would be happy to, but I didn’t know where to begin. She told me to just write a draft off the top of my head and send it to her unedited. I looked at her like she was crazy. She, a writer and editor with many years under her belt said, “I know sharing your work at such a raw stage feels strange, but I think the first draft holds power and I think if you gave that to me, I could tell you what I’m looking for.” It was painful for me to even consider turning over a first draft of anything. I did it, with MASSIVE reluctance, and it unfolded just as the editor said it would. She guided me as I completed the piece.

Fast-forward to 2012. An editor has asked me to write a piece. I was willing but busy. I told her I’d write it with no hesitation, though I thought to myself, “I have NO idea how this will turn out.” I sat down and banged out a draft in two hours. I sent her the draft without reading it over even once. “I need to edit this piece,” I wrote, “but please review it and let me know if this is what you’re looking for.” I trusted that she could see the essence of what I was doing in the draft, she could read the bones and I could fill out the flesh later. She reviewed it and let me know that it was just what she was looking for. She gave me a deadline to turn in edits. I made the tweaks and the work was done.

I find it intriguing that when I was less developed as a writer, I was more rigid and more controlling about my work. Now, I’m happy to hear critique and feedback, to gain insight and suggestions, and I don’t mind sending out a raggedy first draft for feedback.

It occurs to me that more experience = more confidence. More confidence = less need for every single thing I do and say to be perfect (because I know my worth and if I turn in something that’s less than my worth it doesn’t devalue my entire self). Less need for perfection = more acceptance of myself. Acceptance means I can be imperfect and I’m still perfect to me. I accept my mistakes, I accept not crossing every T and dotting every I. More self-acceptance = more willingness to try. The biggest thing artists need as they are developing their voices, as well as when they are maturing to deeper and deeper levels of mastery, is the willingness to follow their ideas. The need for perfection stops people from giving their ideas a try. If you’re okay with making a mistake, you’ll learn the rhythm of the thing you’re attempting a lot easier. So more willingness to try = more progress. And more progress gives me what? More experience.

The question of writing a novel is now pushing me further in this conversation of being seen. At last night’s reading, in conversation with Moira Crone we came to the topic of novels. I had just finished talking about how much I enjoy following an idea into the unknown—and discovering what the idea wants to be—as I write short stories. The next second I was explaining that I think I’m afraid to venture into the unknown of novel writing. What I have seen of myself as a novel writer is a confused lost self. I have soldiered through, slogging through drafts, but still not succeeded at carrying through the thread of a novel-length tale.

Moira said she thinks short stories are part of the natural scope of how people think and feel and ingest information. They can spill out of a writer in a very natural way, whereas novels are like a set of instructions or directions. The writer has to follow a set of prescribed actions/structures/strictures for it to be complete.

Which is an interesting point because I don’t do restrictions and have-to’s very well. I remember when I was getting my MFA and we had to write a paper in our second-to-last semester. I was annoyed because I had finally gotten flow with my novel. “I’m deep in my novel,” I told my adviser. “Can’t I just write this paper later?” The program director got wind of the conversation and told me I wouldn’t be able to proceed without writing the paper. My adviser, Chris Abani, referred me to the book 39 Microlectures: In Proximity of Performance. I suppose Abani, a poet and a novelist, had an idea of what I was struggling with and knew exactly what to suggest to move me through it. The author of 39 Microlectures, Matthew Goulish, felt that presenting lectures was impossible until he decided to write them in a length he was comfortable with. Working on that principle, I wrote my paper by doing a series of micro chapters, which made it possible for me to produce the required length in short sections.

Process is so important to freeing your voice. The key to freeing your voice is not being stopped by “I can’t.” If I can’t do something—for whatever reason—the only way I know of to succeed is to ask myself what I can do and go from there. I think the same goes with being seen. I think we don’t want to be seen because we think we don’t measure up. At the same time, as artists, we need to be seen—we need the value and validation of our efforts being noticed, accepted, and approved of. We all harbor distorted ideas about what people see when they look at us. True power comes from accepting who and what we are and being willing and open to receiving the gaze of others.

It comes back to surrender, as it always seems to. And being able to see ourselves clearly and honestly. Regarding novels, I am still working on my “self-gaze.” In other areas as a writer, it feels great to be fully open to being seen.