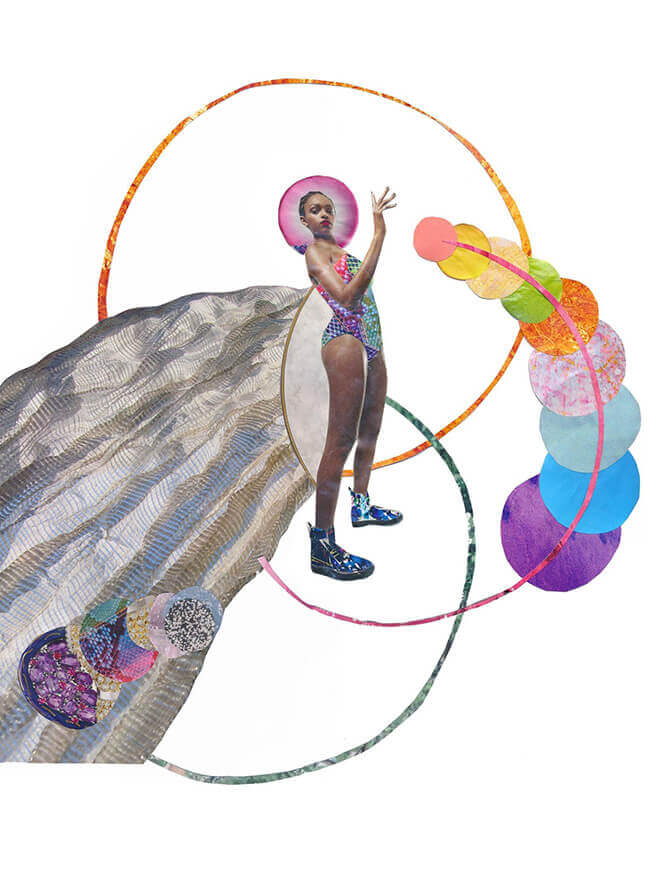 A year is just a concept—just like a month, a week, an hour, a minute, and a second. These are all concepts that some human being created to manage this great stretch of awareness that is the human experience. These carefully calibrated concepts are sometimes the only things that help people to continue living. “This day will be over soon,” they may soothe themselves by saying. “This year is a struggle, next year will be better,” they may say consolingly in tough moments.

Metaphysical deconstructions of time notwithstanding, I like to use the new year to set a mantra that supports me in adjusting expectations and making my commitments to myself more doable. One of my favorite mantras is “achieve with ease.” This mantra came after two tough years of tussling with the contradiction of being a writer who wasn’t writing. I spent those two years vacillating between constructing elaborate plans that would force me to write and bemoaning the fact that I was not writing.

After repeated failure, I tried giving the dream back to God. I just didn’t feel the same pull to produce. I put on a brave face and said, “God, I’m no longer a writer.” I swore to God that if I never wrote again, I would be fine. “Give me another passion,” I went on to request. “It doesn’t have to be a grand sparkling dream; it doesn’t have to make me look brilliant or feel fabulous. I just want to be happy. I want a good life, and maybe a patio like the one we had in Oaxaca.”

I followed my private conversation with God by making public proclamations about the end of my life as a writer. I told anyone who would listen that my dream had exhausted itself and my inability to write was beyond my control. I tried to explain that this dream that had fueled me since college, that had gifted me with absolute certainty that one day I’d be a full-time writer, had given me the confidence to drift through life with a (relatively) unruffled brow, to accept the times that I wasn’t writing as just momentary lapses because my true writing future was out there waiting, beckoning even, for me to come closer. I told them how different I felt of late. How, in my quiet moments, there was no beckoning. There was just me, making complicated plans about how to continue being the writer I knew myself to be. There was just me, the person who was the writer, trying to push the person-who-was-no-longer-a-writer into being a writer again.

It made for very awkward moments when I had to introduce myself. No one within earshot would accept me omitting my writer identity from my introduction, but then when it had been introduced, people wanted to talk about it—the writing that did not exist—and wanted to know what I was currently writing—nothing—and generally wanted to meet her—the writer who no longer existed.

During this dark period, I went to a dinner party and met a woman who was in an anthology with me. When I introduced myself—first name only—she said, “Are you K. Ibura?” And I said, “I am.” “You’re a real person?” she asked. And it was as if I were talking to myself. Are you a real person? The writer you once knew has evaporated, does that mean you no longer exist? Does that mean the work you have done no longer speaks to people? Does that mean that the work you have already written is suddenly mute and has nothing to say?

Ironically, I got my answer to that question months before this dinner. After years of shockingly low productivity, I received an invitation to participate in an artist talk at the Brooklyn Museum. I was absolutely shocked to have been invited. Because I was estranged from my writer self, I expected that my identity as a writer had halted for the rest of the world as well.

The event organizer explained that she had requested my participation because the characters from one of my stories live with her almost daily. As she described her connection with these characters an important distinction became crystal clear to me. The work that moves us lives in the moment we engage with it and in all the moments we remember it. Art, once made, endures over time. For artists, however, art lives in the actual act of artmaking. There is an inherent contradiction in the fact that the fruit of the labor is what makes an artist in the public eye, while it is the labor itself that makes an artist feel complete. From an emotional perspective, I felt that due to my lack of labor and productivity as a writer, I was no longer worthy of literary notice. How could I consider myself a writer without writing?

While talking to the event organizer, I finally and fully understood that if any of the artists responsible for mesmerizing, powerful work stop creating, all the work they produced in the past remains. Just because they have stopped creating does not mean that the products of their artistic production disappears. In truth, there are many ways the term ‘artist’—or writer, in this case—can be defined. A writer is a person who wrote the text the reader reads. That writer is timeless. A writer is a person who commits her or his time to writing. That writer exists only in the present moment, and must recommit daily to writing. A writer is also a character, an image, an idea, or a prototype that lives in each individual consciousness.

More than my lack of productivity as a writer, my idea of what a writer is was killing me. The imaginary artist in my head was illustrious, and effortlessly productive. When I no longer matched that image, I became deeply dissatisfied with myself. I did not understand that my concept of what a writer is was flawed, I was too busy thinking that I myself was flawed. When I finally began to recognize how detrimental this image I held in my mind was, I began to bear witness to all the tiny ways I was murdering my impulse to write. In my last few years of active writing, I was no longer writing from a place of creative instinct and imagination. I had begun to clutch on to my writing production as a passport into a beguiling future. I was writing my way into a literary Shangri-la that would save me from the monotony and drudgery of regular life. Every published piece brought me closer to my imagined tomorrow, a tomorrow in which every word I uttered would be a beacon of brilliance ushering dispirited masses into transformation, rapture, and enlightenment. This idea of writing, this ironclad certainty that everything I wrote would become a brick on my road to literary success was not fueled by the hard work of creating and editing and engaging with ideas. It was fueled by my very real need to believe in a charmed future—a tall, dark, and handsome stranger, if you will—that would exempt me from grappling with the mundane realities of life.

In the absence of writing, I became unmoored. Without writing, I no longer knew who I was. I had not only lost my day-to-day identity as a writer, I had also lost my vision of my future self. I now lived stricken with the fear that if I continued to not write, I would fail to live up to my talent and my potential. Furiously churning out quality work was my insurance, my guarantee that I was stepping into a well-deserved, acclaim-rich literary future.

After years of attempting to force myself to keep writing, I needed a new vision. I came to the conclusion that my fantasy for my future was a bit overwrought. I still nurtured the dream of fulfilling my talents as a writer, but I decided I could no longer define myself by that dream. I may or may not become—as I’ve always imagined I would—one of the most important writers of the 21st century. But being a “successful” writer is no longer the only way to fulfill my dream. The real fulfillment of my dream is to be a healthy, balanced, creative, and productive person. My one and only dream is to live a joyful present as I step into a joyful future. If I never write another word in my life, I will not have failed to live up to my potential. In fact, it is impossible for me to fail to live up to my possibility because who I am and everything I do is my possibility. As a non-writing writer, I can still go to conferences and sit on panels and talk about my work. As an inactive author, I can present something I wrote five years ago. I don’t have to spend my life executing a five-point plan to become the writer I always knew I was meant to be; I just need to be the person I am. That is how I decided the only way to keep producing work is to forever find ways to achieve writing productivity with ease. The secret to achieving with ease is moving through life with no drag—no woulda-shoulda-couldas clinging to your ankles; no I’m-not-doing-it-rights hanging around your neck; no I’ve-lost-my-mojo dripping from your breath. And certainly no gold-plated futures that make you feel crappy about all you’re not doing in the present. To achieve with ease you must say, I am okay with myself. I am enough, I’ve done enough, and everything I do from this point on will take me to where I need to go. Shifting my mindset created a new credo for all my writer selves (one I share with any of my fellow artists who may be grappling with the same issue). I’m guided by the understanding that all that I have done up until this point is complete in and of itself. It is not a precursor to what is to come. It is not a signal of great promise. It is, in and of itself, an oeuvre and it is enough. Whatever is yet to come is coming at its own pace in its own time.

The circle is complete.